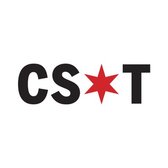 Nine-year-old Mia Dreyfuss wants to make her own decisions. “I don’t want people telling us what to d